Army secures exit of new batch of civilians from Ghouta 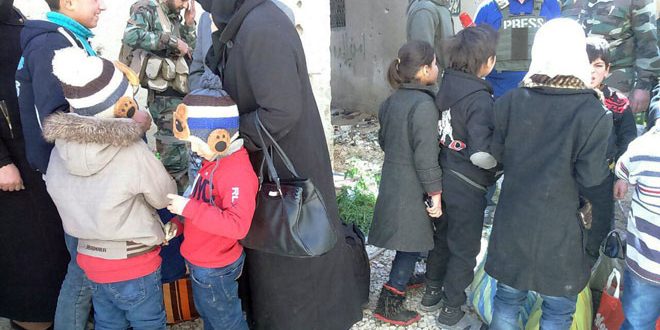 Damascus Countryside, SANA- Units of Syrian Arab Army secured the exit of a new batch of besieged civilians from Eastern Ghouta through the safe corridor leading to al-Wafedeen camp in order to be transported to makeshift centers in Damascus Countryside.

SANA reporter said that scores of civilians, mostly women and children, arrived in al-Wafedeen camp on Wednesday afternoon via the safe corridor after securing their exit by the units of the Syrian Arab Army, adding that the civilians were transported by transportation buses and ambulances to the makeshift centers which were equipped to receive them.

army Ghouta 2018-03-14
ghossoun
Share
Previous Lavrov: Presence of US forces in Eastern Euphrates threatens unity of Syrian territory
Next Five civilians injured due to terrorist attacks with shells in Damascus and its Countryside