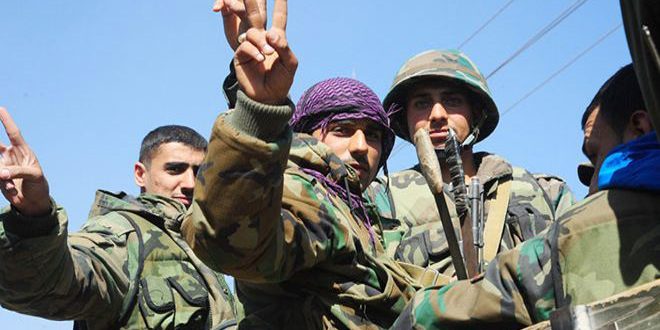 Damascus Countryside, SANA – The Syrian Arab Army regained control over Madyra town and a number of farms near Jisreen town as part of the ongoing military operations to eradicate Jabhat al-Nusra and its affiliated groups from the Eastern Ghouta in Damascus Countryside.

SANA’s reporter in Ghouta said that army units operating in the central sector of Ghouta took full control of Madyra town after fierce battles with terrorist organizations and continued to advance, meeting army units stationed in the vicinity of the Vehicles Directorate in Harasta.

As a result of the elimination of terrorists in Madyra, army units have completely cut off supply routes and movement lines of terrorist organizations between the northern and southern parts of Ghouta, which should accelerate the defeat of terrorists in the area.

The military operations are currently concentrated on the farms of Jisreen and the village of Aftris in the southeastern sector of Ghouta, which contributes to the tightening the grip on the terrorist groups positioned in the area, in addition to restoring control over the majority of the farms in the vicinity of the town of Jisreen after defeating the terrorists and inflicting heavy losses upon them.

Army units also achieved new advances in chasing al-Nusra terrorists in the northern side of Aftris village amid massive collapse in their ranks as a result of the great progress of the army and the heavy losses the terrorists suffered during the recent battles, the reporter added.

Army units continue their operations to root out the terrorists in the central sector of the Eastern Ghouta in the direction of Madyra and Mesraba with the aim of cutting off the last supply routes between the north and south of the Ghouta in preparation for eradicating terrorists completely from the entire area.

A field commander in the outskirts of Jisreen town told SANA that gaining control over Jisreen farms has been achieved through a quick and precise operation after the progress of infantry soldiers into the depth of the terrorists’ fortified positions, in addition to cutting the major supply road that extends from Douma city through Ghouta villages to al-Nashabia town.

The field commander clarified that the terrorists pumped water into a trench to hinder the army from advancing after regaining control on this road.

“But the army has advanced and discovered the terrorists’ dens that contain documents and papers which prove their relations to foreign countries which provided them with connection devices,” the field commander added. 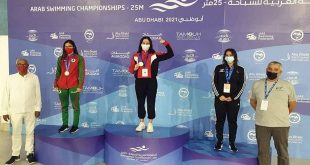