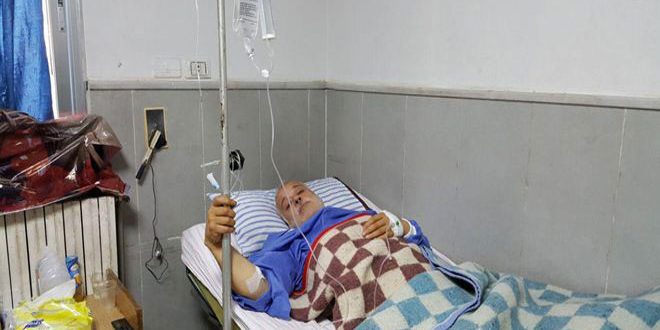 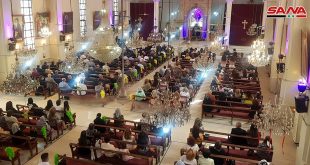 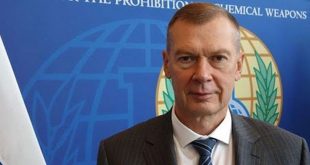 SANA’s reporter said that a civilian was martyred and another was injured, over the past few hours, as heavy material damage was caused to infrastructure and houses of al-Mastourda and Termesha villages due to the Turkish regime’s escalation of its strikes on Afrin villages and towns.

Martyrs number rose to 222 civilians, most of them women and children, in addition to injuring about 700 civilians during the continued Turkish aggression since 50 days.

Afrin Syria Turkish aggression 2018-03-10
maya
Share
Previous Mikdad: Terrorist organizations, their backers responsible for chemical weapon use in Syria
Next Units of the Syrian Arab Army secure the exit of several families were held by armed terrorist groups as human shields in the town of Mesraba in Eastern Ghouta in Damascus countryside