More civilian casualties due to the continued Turkish assault on Afrin 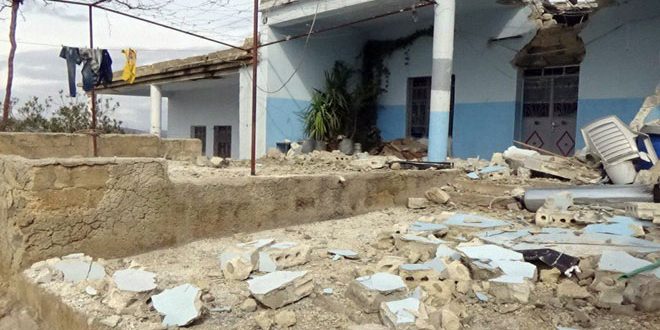 Aleppo, SANA- Two elderly civilians were injured on Thursday due to the continued Turkish assault on Afrin area in the northern countryside of Aleppo.

Local sources told SANA that the Turkish forces and their mercenaries bombarded Sharqan village in Afrin area, causing injuries of an 80-year-old man and a 70-year-old woman.

Massive material damage was also caused to houses, infrastructure and a mosque due to the heavy shelling with various types of weapons by the Turkish regime and terrorist groups affiliated to it in the villages of Qastal Mikdad, the vicinity of Braksha, al-Akt’a and la-Khalil in Afrin area.