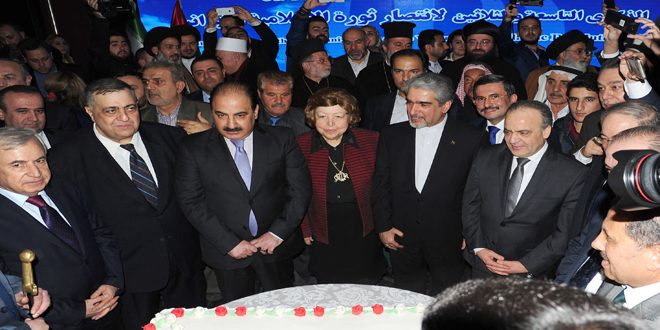 In his speech during the ceremony, the Iranian Ambassador in Damascus Javad Turk-Abadi underlined the solid Syrian-Iranian relations and means to boost bilateral cooperation serving the interests of the people of both countries.

He reaffirmed his country’s intention to participate in the rebuilding of Syria so that it would enjoy growth and prosperity, stressing Iran’s calls to make the intra-Syrian dialogue a success away from any foreign intervention. 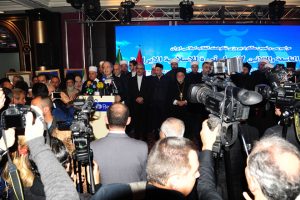 For his part, Deputy Foreign and Expatriates Minister Fayssal Mikdad hailed Iran’s supportive attitudes and its standing by Syria to confront the terrorist war waged on the country and foil the US-Zionist scheme to turn al-Quds into a capital for the Israeli entity.

Mikdad expressed gratitude to all strugglers and free people around the world for their support to defeat terrorist groups and achieve victory in Syria, side by side with the Syrian Arab army and its allies.

He added the Syrian military achievement represented by the downing of an Israeli warplane can be considered as a strong indication of Syria’s determination to defeat its enemies, adding that anybody intends to commit acts of aggression against Syria will suffer the same fate.

2018-02-11
m.eyon
Share
Previous 3 civilians injured in landmine explosion in the villages of Harfa and Hader
Next Unlicensed workshop for manufacturing electrical cables in Damascus countryside