Indian Ambassador in Damascus reiterates support to Syria against terrorism 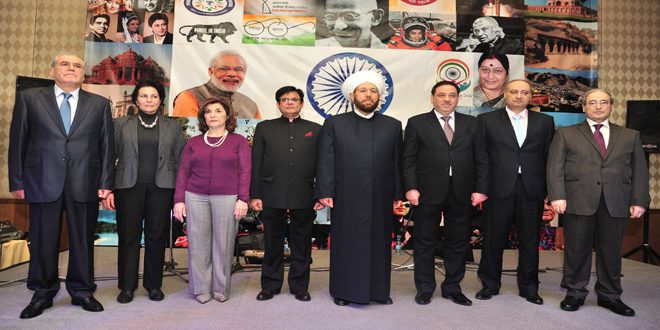 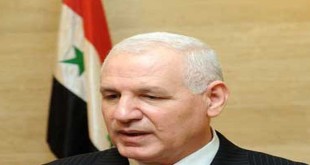 The Indian Ambassador made his remarks during a reception ceremony held at the Indian Embassy in Damascus on the occasion of the 69th Republic Day.

Bhanot expressed his country’s support to resolve the crisis in Syria, voicing hope for a better and more prosperous future for Syria. 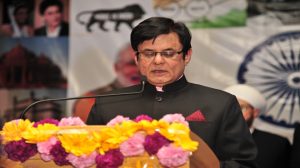 He underlined the solid cultural and economic cooperation between Syria and India, particularly in vocational training, noting that an agreement has been signed to further enhance cooperation between the Foreign Service Institutes in the two countries.

The Indian Ambassador indicated his country’s intention to provide Syrian people with USD 6 million worth medicine and food materials that will be delivered next month.

In a statement to journalists, Information Minister, Imad Sarah, stressed the Syrian people’s respect to the Indian people and government for their honorable positions towards Syria in its war against terrorism.

For his part, Deputy Foreign and Expatriates Minister Fayssal Mikdad said that the Syrian-Indian relations begin a new phase of cooperation, highly appreciating India’s support to Syria in fighting terrorism and its rejection of any illegitimate foreign intervention in Syria’s internal affairs. 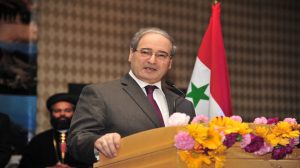 Mikdad noted that the bilateral cooperation has reached its maximum during the crisis as the Indian side give the Syrian people the opportunity to benefit from India’s scientific and technological progress in different fields, adding that India offered more than 90 scholarships to Syria’s students.

He stressed that the success of the Syrian national Dialogue Congress in Sochi represents another victory for Syria, adding that the documents adopted by the participants in the Congress would contribute to go ahead and restore security and stability to the country without any foreign intervention.