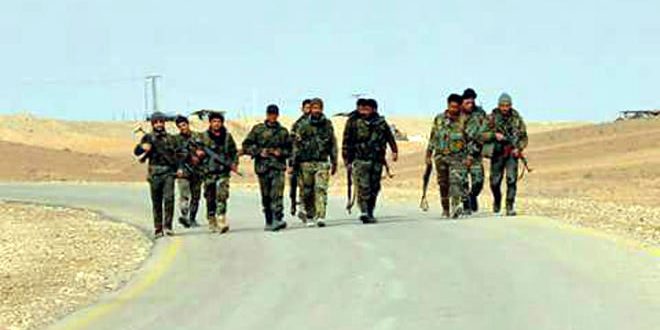 Idleb, SANA – The Syrian Arab Army expanded its control in the vicinity of Abu al-Dohour military airfield as a part of the continued military operations against Jabhat al-Nusra in the southeastern countryside of Idleb.

SANA’s reporter said that army units, in cooperation with supporting forces, continued advancing in the southeastern countryside of Idleb countryside, restoring control over Jafer and al-Khafia villages and Dahrit al-Khafia height after fierce battles with terrorists, dozens of whom were killed or injured while the rest fled.

Army units stormed the dens of al-Nusra in the town of Abu al-Dohour, where violent clashes took place in which the army inflicted heavy losses upon the terrorists’ ranks and equipment.