Lavrov: US-led coalition isn’t fighting al-Nusra despite it being classified as a terror organization 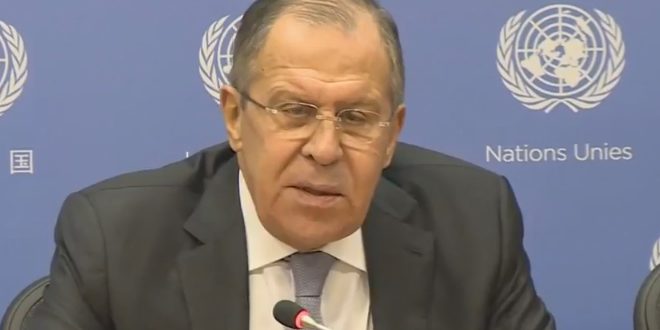 In a press conference at the UN HQ in New York on Friday, Lavrov said that the US attempts to form a militia in the north of Syria contradicts its prior commitments including those to the Security Council regarding Syria’s territorial integrity, adding that Russia will look for ways to prevent Washington from undermining Syria’s territorial integrity.

He also affirmed that the US facilitated the escape of Daesh terrorists from Syria to Iraq.

Lavrov said that all efforts and conferences on Syria complement each other in the search for a political solution, including those held in Astana, Geneva, and Sochi, adding that more than 1,500 people have been invited to attend the meeting in Sochi.

He said that Russia hopes the “opposition” will not make preconditions in the upcoming Vienna talks like they did in the previous round of Geneva talks.