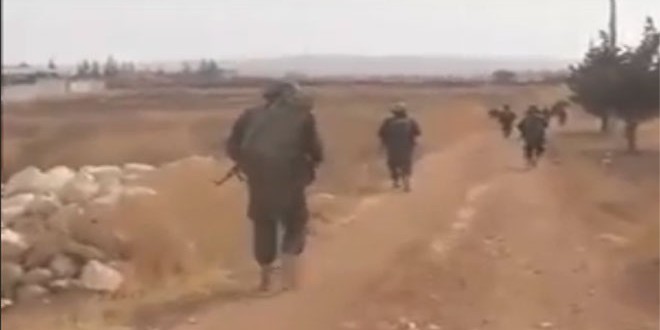 Aleppo, SANA-Units of the Syrian Arab Army restored control over Qaytal village in the southern countryside of Aleppo province.

SANA’s reporter in Aleppo said that army units, in cooperation with allied forces, on Friday continued their operations against terrorists’ hotbeds and fortified positions in the southern countryside of the province, restoring control over Qaytal village after killing a number of terrorists and eliminating the last gatherings of Jabhat al-Nusra and its affiliated terrorist groups in it.

Army’s engineering units continue sweeping operations to demine the village, the reporter said, adding that army’s units are chasing remnants of terrorists in the neighboring areas.

As a result of this military new advance, the army units became on the outskirts of Abu al-Duhour Airport in the southeastern countryside of Idleb.