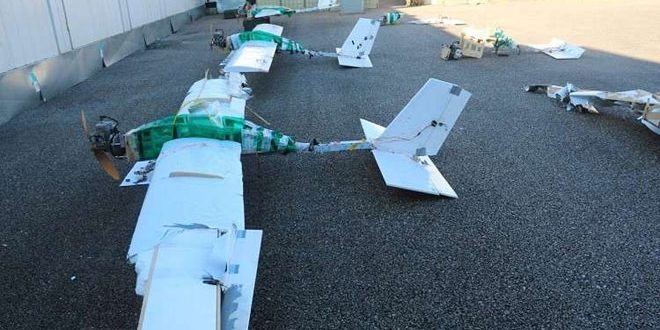 Moscow, SANA –The Russian Ministry of Defense reiterated on Thursday that the terrorist organizations in Syria are using drones that can only be made and assembled in foreign countries.

“The creation of drones of this class is impossible in an improvised manner. Their development and usage involved specialists, who had undergone special training in the countries manufacturing and using systems with unmanned aerial vehicles,” Major-General Alexander Novikov, the head of the Department for Construction and Development of the System for the Application of the UAV of the General Staff of the Russia Armed Forces, said.

He added that the assembly and usage of unmanned aerial vehicles is a difficult engineering task that demands “special training, know-how in various scientific areas and practical experience in creating this device.”

“Preliminary analysis has shown that the main explosive used in the bombs was pentaerythritol tetranitrate (also known as PENT, PENTA or TEN), which has a far higher yield than hexogen. This explosive is manufactured in a number of countries, including Ukraine’s Shostka chemical agents’ plant. It cannot be made in makeshift conditions or extracted from other ammunition,” Novikov said.

“Special tests were being made with the aim to find out the country of origin,” he added.