115 martyrs’ bodies exhumed from one of Raqqa Countryside mass graves 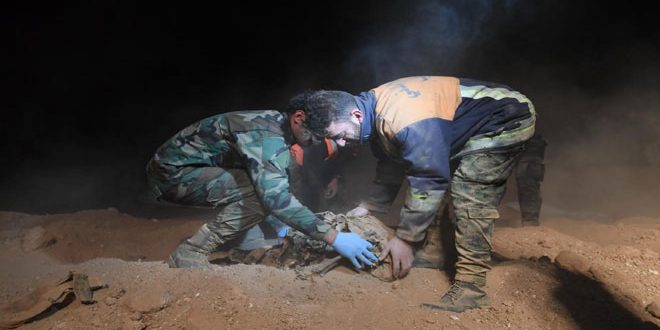 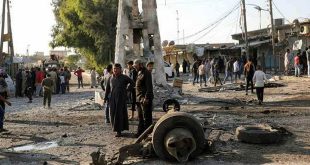 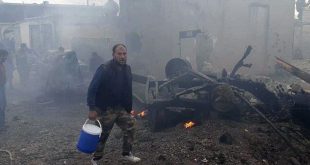 Raqqa, SANA- Nearly 115 martyrs’ bodies were exhumed from one of the two mass graves discovered recently in Raqqa countryside. The Two mass graves contain the bodies of tens of military personnel and civilians, who had been killed by Daesh (ISIS) terrorists during establishing their control over the area.

A field leader told SANA reporter that 115 martyrs’ bodies have been pulled out of the mass grave near al-Wawi town, to the southeast of Dibsi Afnan Township, adding that the bodies were moved to the military hospital in Aleppo for completing the legal procedures.

He said that some of the martyrs’ identities were identified.

Director of Dibsi Afnan township said that after ending the operation of pulling the martyrs bodies out of the first grave, they have moved to the second which, according to the information provided by locals, is near grain silos, where civil defense team started digging and pulling the martyrs’ bodies out.

The work to pull all the bodies out is continued. 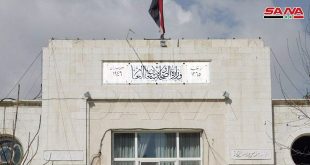 Damascus, SANA_ Three new Coronavirus infections were registered in Syria on Sunday, bringing the number of …