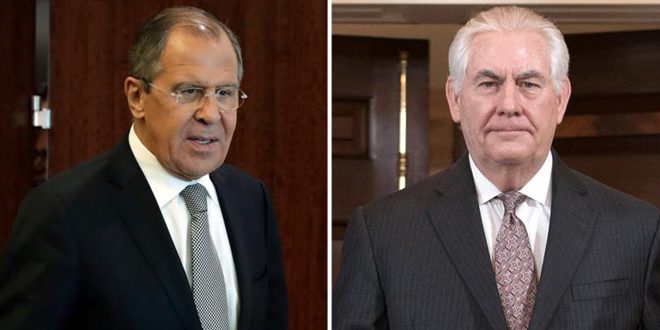 Moscow, SANA- Russian Foreign Minister Sergey Lavrov discussed in a telephone conversation with US Secretary of State Rex Tillerson the situation in Syria and preparations for holding the Syrian National dialogue Congress due to be held in the Russian city of Sochi on 29, 30 January, 2018.

“The two sides discussed further steps to overcome the Syrian crisis with preservation of the country’s territorial integrity,” Russian Foreign Ministry said in statement on Tuesday.

It added that among the topics discussed was an intra-Syrian national dialogue congress of Sochi as part of efforts to promote settlement on the basis of United Nations Security Council resolution 2254 and encourage direct talks between the Syrian government and “the opposition” in Geneva without preconditions.