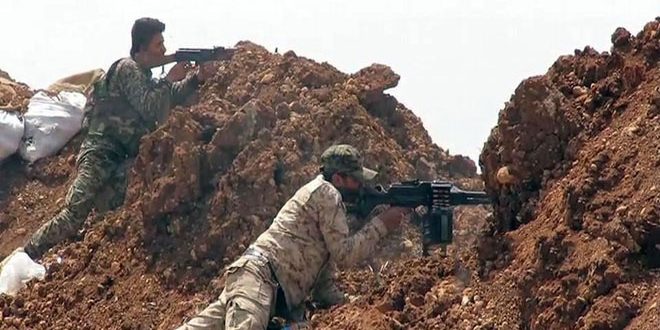 Aleppo, SANA-The Syrian Arab Army, in cooperation with the allied forces, continued on Friday its operations to eradicate Jabhat al-Nusra terrorist organization from the southeastern countryside of Aleppo.

SANA reporter in Aleppo said that an army unit carried out accurate strikes on the movement axis of three vehicles belonging to Jabhat al-Nusra on Ramla/Rasm al-Sayala Road to the southwest of Khanaser in the southeastern countryside of Aleppo.

As a result of the strikes, ten terrorists were killed and the vehicles were destroyed.