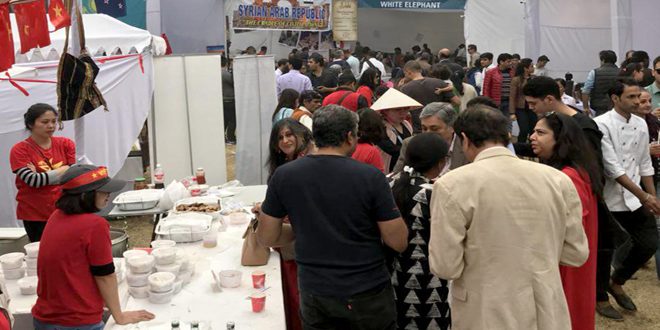 New Delhi, SANA – The Syrian pavilion at the International Charity Bazaar, which is organized by Delhi Commonwealth Women’s Association (DCWA), witnessed a remarkable turnout by the Bazaar’s visitors.

The Syrian pavilion includes Syrian handicrafts, food and sweets, which became popular among the people of the Indian capital.

Syrian Ambassador to India Riyad Abbas and the staff of the Embassy attended the Bazaar.

The International Charity Bazaar is held annually with the participation of a number of countries, and it’s one of the most popular charitable works in the Indian capital as its proceeds go to the hospitals and schools supervised by the DCWA.