100 persons, including 40 gunmen, have their status settled in Daraa 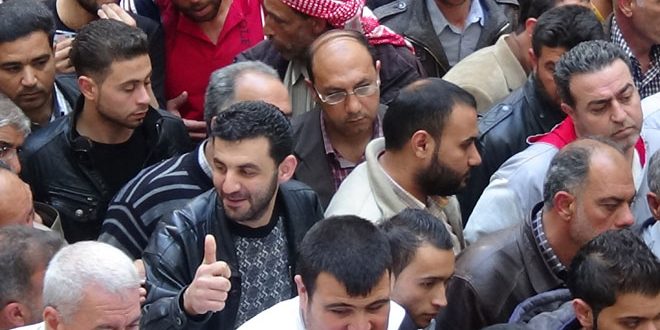 Daraa, SANA- Some 100 persons, among them 40 gunmen, in Daraa province have had their legal status settled on Sunday in the framework of the continued local reconciliations in the province.

SANA reporter said that, some 100 persons, including 40 gunmen, from Sha’ara town in al-Lajat area in Daraa province, who had earlier turned themselves in and handed over their arms to the authorities concerned, have had their status settled.

The reporter added that the authorities provided them with all facilitations needed to help them return to normal life.

Hundreds of people from various areas in Daraa countryside, particularly in the towns of Ghabagheb, al-Sanamin and Mahajjeh have had their status settled, during the current year, as scores of gunmen turned themselves in and handed over their arms to the authorities concerned.