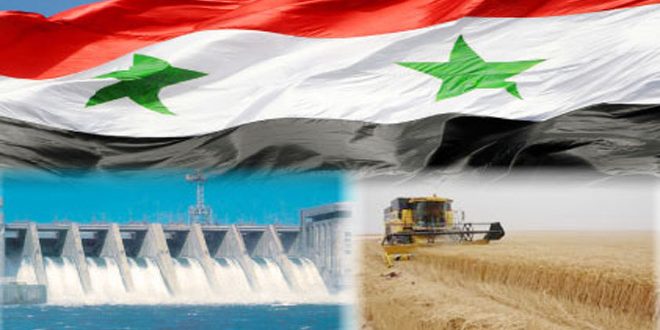 Damascus, SANA –The Correctionist Movement laid solid foundation to build a strong state that is able to protect its people and preserve its sovereignty against the enemies, the People’s Assembly has affirmed in a statement.

Marking the 47th anniversary of the Corrective Movement , led by late President Hafez al-Assad, on Wednesday, the People’s Assembly said : “ This unprecedented phenomenon in Syria will ever remain a great motivation to improve performance and exert more efforts to rebuild Syria and make it stronger than it was before.”

The Assembly hailed the heroic sacrifices of the Syrian soldiers over the years from October Liberation and their overwhelming victory over the enemy till these days as they show great bravery in defending the homeland and fighting terrorism.

The People’s Assembly highlighted the importance of correction as a national requirement and popular will, reiterating the Syrian people’s support and their rallying around President Bashar al-Assad in the National Project for Administrative Reform which aims at further boosting development process and the reconstruction of Syria, implementing rules and regulations, and caring for martyrs’ families and injured soldiers.

It extended greetings to all Syrian people, allies and the friendly states which stood by Syria in its war on terrorism.

In the same context, the Regional Command of the Arab Socialist Baath Party stressed that Syria will go ahead with its war against terrorism till achieving final victory and create a more fair and balanced world.

The Regional Command noted that the Correctionist Movement was a turning point in Syria’s history which crowned several years of struggle against Ottoman and French occupations and contributed to building modern Syria.

It added that the Syrians mark the anniversary of Correctionist Movement this year while Syria’s armed forces are fighting a decisive war against terrorism whose outcomes contribute to restructuring the unipolar international system and enable Syria to move forward towards the future more stronger.