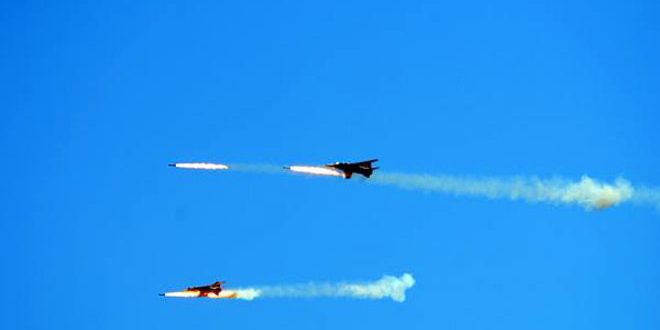 Deir Ezzor, SANA-In the framework of the army’s continued military operation for uprooting the Takfiri organization in the countryside of Deir Ezzor, the Army Air Force killed a number of Daesh (ISIS) terrorists, among them self-claimed leaders.

SANA reporter said Sunday that the Army Air Force carried out dozens of airstrikes on Daesh gatherings and fortifications in the western countryside of the city of al-Boukmal, killing and injuring scores of terrorists and destroying their vehicles, weapons and equipment.

Meanwhile, civil sources in the eastern countryside of Deir Ezzor affirmed that new Daesh terrorist groups fled away from the village of al-Riz.