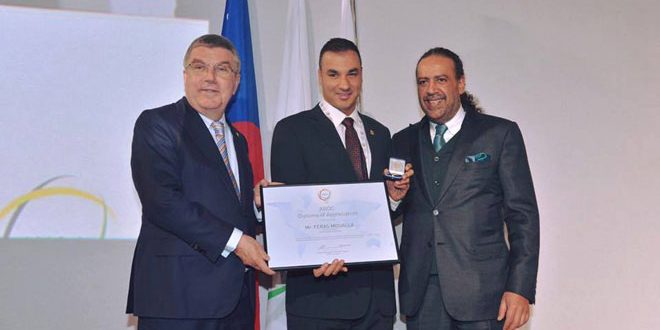 “Getting this international award is a crowning of the efforts of every Syrian athlete,” said Mualla in a statement to SANA.

It is also an additional incentive to do more and better as the secretary of the Syrian Olympic Committee and as a swimmer, he added.