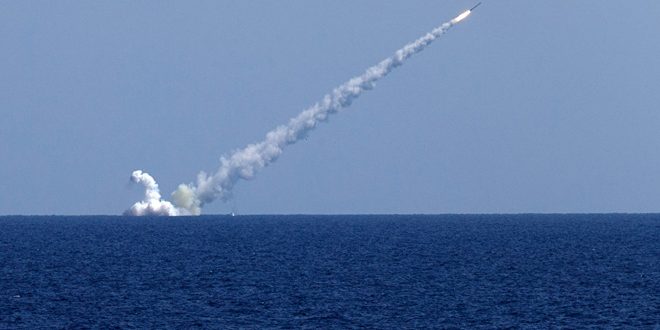 The ministry said in a statement that the Russian submarine “Veliki Novgorod” bombed sites of ISIS near al-Bokamal city in the eastern countryside of Deir Ezzor with three Kalibr cruise missiles.

The ministry added that the three missiles wiped out command centers, a fortified stronghold and its manpower and armored vehicles, and a large weapons depot.