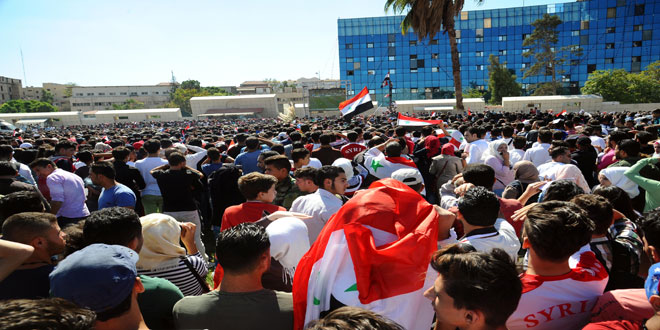 Damascus/Sydney, SANA- of thousands of Syrians at home cheered for the national football team playing Australia to achieve the dream of qualifying for the World Cup 2018 in Russia.

A ten thousand Syrian and Arab fans also cheered for the Syrian national team at ANZ Stadium in Sydney waving the Syrian flags and chanting slogans in support of the Syrian footballers.