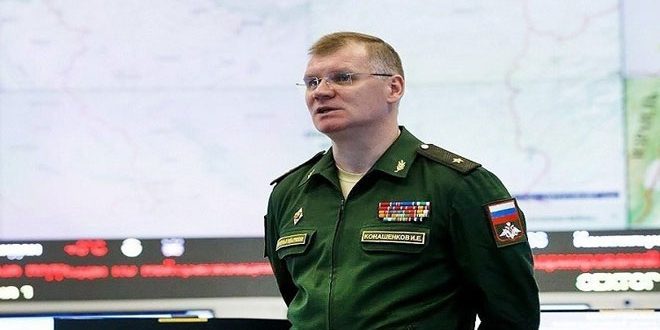 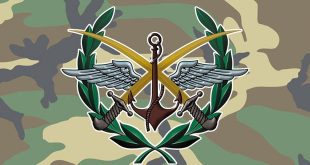 Moscow, SANA – Russian Defense Ministry said that some 180 ISIS terrorists, most of them are foreign mercenaries, were killed in Russian airstrikes that targeted the terrorist organization’s positions in Deir Ezzor during the past 24 hours.

The Ministry spokesman Maj. Gen. Igor Konashenkov said that 40 ISIS terrorists holding the Tajik and Iraqi nationalities were killed and a backing center that belongs to them was destroyed along with seven vehicles equipped with heavy machineguns in the Russian strikes on the surrounding of al-Bukmal city.

80 more terrorists including nine from North Caucasus were killed at the vicinity of al-Mayadeen city, in addition to destroying 18 vehicles equipped with heavy machineguns and three ammunition caches, according to Konashenkov.

The Russian military source clarified that more than 60 ISIS terrorists from the CIS countries, Tunisia and Egypt were killed in a Russian airstrike on the valley of the Euphrates River southern Deir Ezzor, in addition to destroying 12 vehicles equipped with heavy machineguns.
Konashenkov pointed out that ISIS leaders coming from North Caucasus were among the killed terrorists including Abu Omar the Chechen, Alaa-Eddin the Chechen and Salah-Eddin the Chechen.

Earlier, Konashenkov said that since the Russian aerospace forces joint the fight against ISIS terrorists in Syria on September 30, 2015, the territory controlled by ISIS shrank to less than 10 percent.

Ambassador al-Sabbagh: OPCW decision on alleged use of chemical weapons in al-Latamina in Hama is politicized

The Hague, SANA- Permanent Representative of Syria at the Organization for the Prohibition of Chemical …