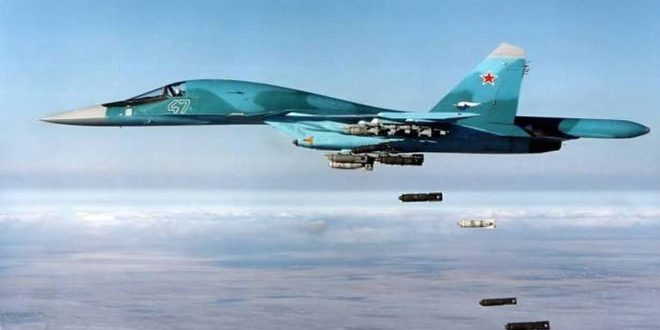 Moscow, SANA – More than 60 Jabhat al-Nusra terrorists, among them field commanders of the terrorist organization, were killed in an airstrike by Russia’s Aerospace Forces against one of their hideouts in Idleb province, the Russian Defense Ministry said.

The Ministry’s spokesman Maj. Gen. Igor Konashenkov said Wednesday in a statement that the Russian Aerospace Forces targeted on Tuesday a meeting of Jabhat al-Nusra leaders, killing 12 field commanders of the terrorist group, among them assistant of al-Nusra leader and 50 other terrorists.

“As a result of the strike, Jabhat al-Nusra leader Abu Mohammad al-Julani received multiple heavy fragmentation wounds and, having lost his hand, is in critical condition, in addition to the injury of 9 others,” according to Konashenkov.

Russia participated since September 2015 in the war against terrorism in Syria upon the request of the Syrian Arab Republic, as it killed hundreds of terrorists and backed the Syrian Arab Army in establishing control over many villages, town and areas across the country.