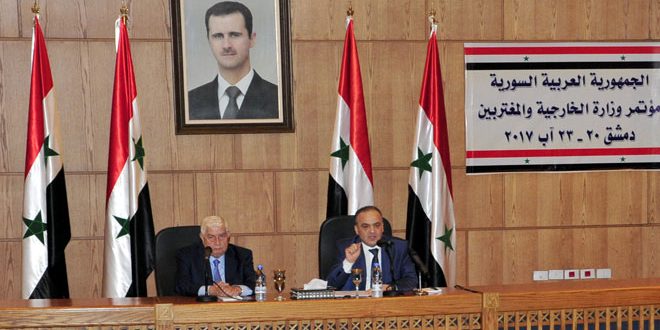 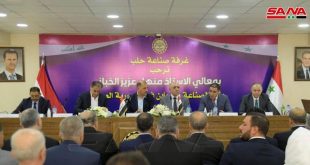 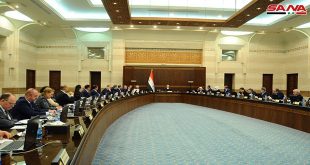 Damascus, SANA- Prime Minister Imad Khamis met on Monday members of Syrian corps within the framework of the conference of Foreign and Expatriates Ministry.

The Premier said that the conference is a remarkable step that reflects the integration of the Syrian state’s sectors in confronting the terrorist war waged against the country and the constant work of Syrian diplomacy to keep up with everything that would support the Syrian Arab Army’s victories.

As for economy, Khamis affirmed that every diplomat is an economist and he or she has a national responsibility to enhance the economic cooperation with the friendly states, adding “the diplomat has to put the economic file as a priority.”

As for relation between the diplomats and Syrian businessmen abroad and the countries where they live, khamis affirmed that Ambassadors, through their dealing with the businessmen and the Syrian communities in the friendly countries, have to convey the priorities of the Syrian needs to these countries to achieve the desired-for benefit.”

He called on the Ambassadors to put a promotional vision for the Syrian exports and create a database for the Syrian businessmen abroad for contacting them and encouraging them to establish investments in Syria.