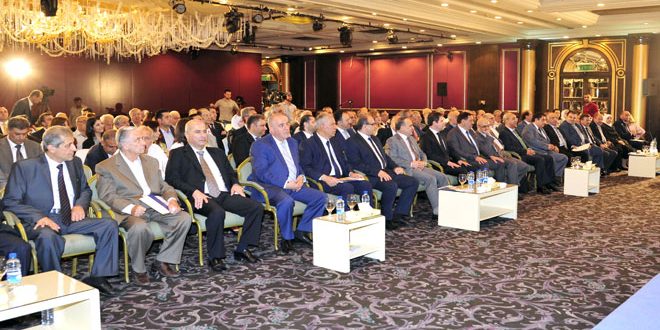 Damascus, SANA – Under the patronage of Prime Minister Imad Khamis, the 1st Syrian Economic Dialogue Forum started its activities on Monday under the title “For a National Economic Solution.”

The Forum, organized by Delta Group for Economy and Business at the Damascus-based Dama Rose Hotel, aims at drawing a map for the Syrian economy in order to achieve economic recovery, construction, and building a renewable and strong Syria.

The Forum also seeks to convey a clear image about the shape of the Syrian economy in the next phase, in addition to uniting efforts to reduce the burdens and costs of the process of building the Syrian economy. 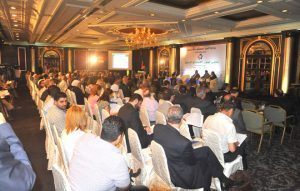 Ghayath Shammaa, Director General of Delta Group, said the aim of the Forum is to establish a state of participatory cooperation in the field of building the Syrian economy and prepare for a new atmosphere where the private business sector plays a pivotal and effective role.

The Forum is also an attempt to unite the efforts of all individuals and bodies interested in economy, including those living at home or abroad, to set up a national road map to build the economy the future Syria.

The Forum includes three business sessions, the first will focus on the Syrian economy after the crisis, the second session will discuss the Syrian industry as an engine for economic growth, and the third one will shed light on the issue of funding the economic sectors and the role of banks in pushing the wheel of production forward.

During the first session, 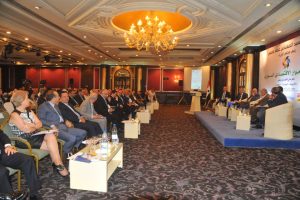 Chairman of the Planning and International Cooperation Commission Imad al-Sabouni stressed in a speech the need to establish a strategy for the state for the post-crisis period that aims at addressing the repercussions of the crisis and restoring the tracks of development.

The strategy should be based on stressing the national decision of the future of the Syrian state, the gradual re-launch of the potentials of the society and economy and the continuation and bolstering of the Syrian state’s institutions and establishments.

For his part, Assistant Minister of Economy and Foreign Trade Bassam Haidar reviewed the Cabinet’s plan for 2016 for encouraging local industries through granting approvals for import licenses and allowing the export of Syrian-made commodities to support producers and increase foreign currency income.

He noted that the Ministry will support the shipping process for the export contracts that will be reached and signed at Damascus International Fair (DIF) that is being currently held.

During the second session, Premier Khamis said that the main objective of the Forum is to invest the best national potentials and capacities for the reconstruction of Syria and move to a better economic reality, noting that 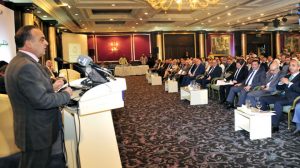 the Forum should focus on strengthening confidence in the institutions of the state because the Syrian economy which has stood its ground for seven years is worthy of absolute confidence today.

Khamis added that the government is working to secure all the needs of the citizens, in addition to focusing on manufacturing products that are usually imported through encouraging the manufacture of all required materials locally and the investment of raw materials to secure materials for consumption and reconstruction.