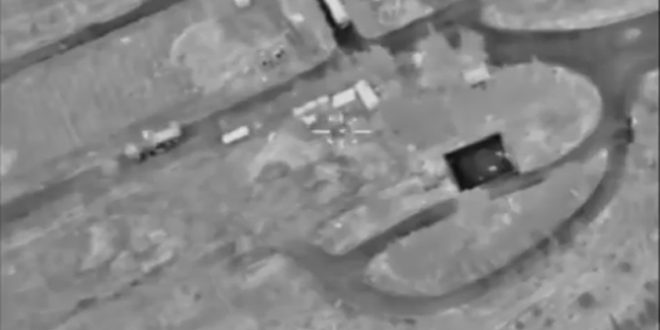 Moscow, SANA – Russian Defense Ministry said that the Russian Aerospace Forces targeted 730 positions of terrorists in Syria in a week.

The ministry said in statement that the Russian Aerospace Forces carried out during the past week over 290 combat missions, destroying 730 positions of the terrorists in Syria.

The statement noted that the targets were pinpointed with the help of drones, which carried out over 120 sorties at the same period.