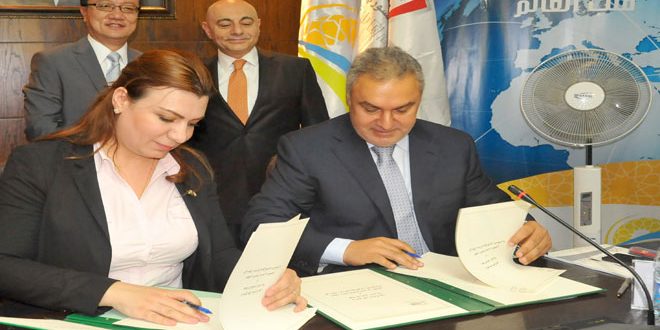 The work program includes cooperation between the SIA and the Syrian-Chinese Business Council, which will inform the Agency of the kinds of investment sectors that the Chinese side is interested in in Syria, while the Agency will provide the Council with all available investment opportunities which are in line with the Chinese side’s interests.

Director General of the SIA Inas al-Umawi said that the program comes to complement the Authority’s efforts in encouraging investments and diversifying and directing them towards the promising sectors and overcoming all bureaucratic obstacles that stand in the way, in addition to adopting regional planning to guide projects in appropriate directions. 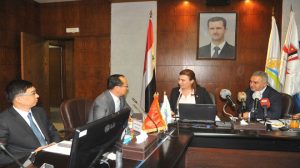 She noted to the important and effective role of the Syrian-Chinese Business Council in the development of joint investment and the strengthening of cooperation relations, especially with the imminent launch of the Damascus International Fair, calling on Chinese investors to visit Syria and learn about the investment climate and administrative measures and incentives and seize the opportunity to invest in the country.

In turn, Chairman of the Syrian-Chinese Businessmen Council Mohamed Hamsho pointed out that the purpose of the program is to promote investment development in Syria and highlight the new investment climate and investment laws, adding that the Council will do everything necessary together with its business partners and Chinese companies to support investments in Syria.

The Chinese Ambassador to Syria Qi Qianjin said that the Chinese government has a consistent policy of promoting and developing political, economic and trade relations with Syria, indicating that there is a strong desire on the part of Chinese businessmen to participate in the reconstruction projects in Syria.

He expressed confidence that the trade exchange between the two friendly countries will continue to increase along with the increased achievements of the Syrian Arab Army against the armed groups, adding that Chinese businessmen will participate in Damascus International Fair, which will open two days later. 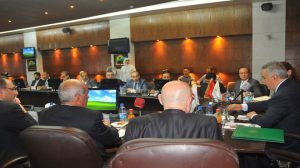 He added that the great economic progress in China coincides with the Chinese government’s aspiration to increase the volume of cooperation and investment with the countries of the world, especially Syria, which has not stopped trading with it for the last seven years despite the crisis it is going through, noting that it is his duty to work on “building a bridge between the two peoples and the two governments and expanding the investments between China and Syria.”

For his part, Ambassador of Syria in Beijing Dr. Imad Mustafa said that he has received an invitation from Peking University, one of the most important universities in China, to participate as a representative of the Syrian government in the activities of a conference to be held next month under the title of “reconstruction in Syria”, indicating that this conference is an important indicator to be added to many other indicators on China’s interest in the process of supporting the economic, investment, finance and banking sectors in Syria. 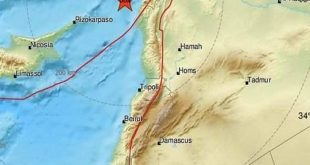