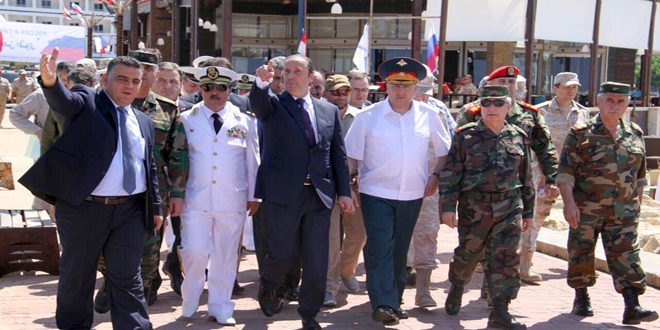 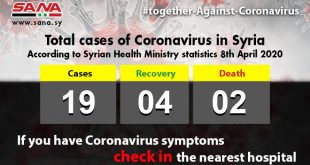 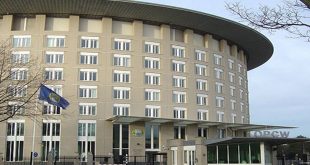 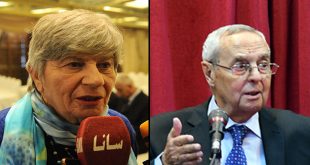 Tartous, SANA-Upon the directives of President Bashar al-Assad, Minister of Presidential Affairs Mansour Azzam participated on Sunday in a celebration and parade held by Russian military units operating in the Mediterranean Sea at the port of Tartous on the occasion of the Russian Navy Day. 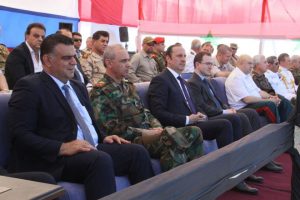 Minister Azzam conveyed President’s al-Assad congratulations to the fighters of Russian naval forces on the occasion of their Day.

The army’s chief of Staff, Major General Ali Abdullah Ayoub also participated in the celebration along with a number of officers of the General Command, as well as commander of the Russian forces in Syria, Sergei Surovikin and a number of Russian army officers.

The Russian naval units operating in the Mediterranean Sea held a naval parade with the participation of Russian jets and bombers. 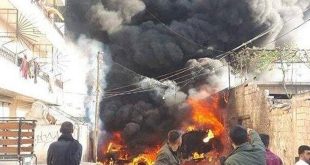