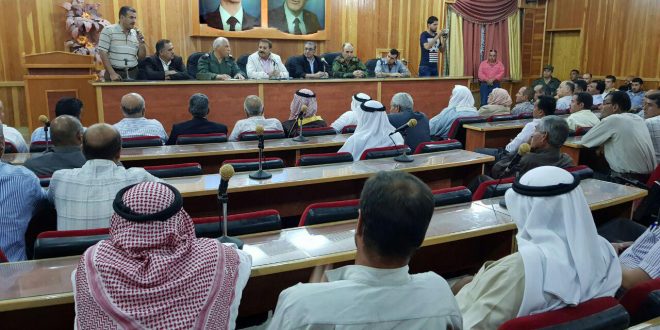 Hasaka, SANA – 65 persons from Hasaka province had their legal status settled on Saturday according to the Amnesty Decree no. 15 for 2016.

Commander of Hasaka Police Maj. Gen. Fayez Ghazi told SANA reporter in the province that the authorities settled the legal status of those persons after they had pledged to not do any act that would harm the security and stability of the homeland.