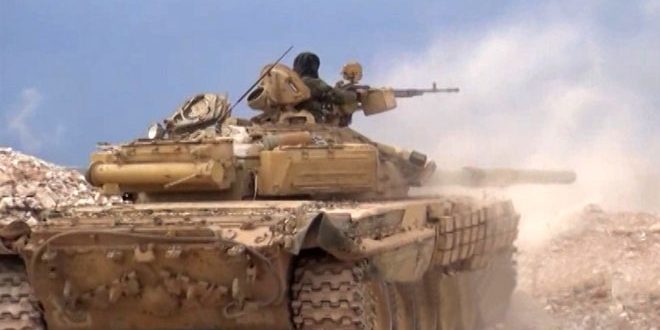 Deir Ezzor/Homs, SANA-Units of Army and Armed Forces destroyed a tunnel for ISIS terrorist organization in the eastern province of Deir Ezzor.

SANA reporter said that an army unit destroyed with guided missile a car equipped with 57 mm cannon for ISIS in al-Tharda, killing a number of its terrorists and injuring many others.

The reporter added that army targeted ISIS sites in the factories area to the southwest of Electronic Insurance Brigade in the southern axis of Deir Ezzor city, destroying a heavy machinegun and a number of dens and fortifications along with all weapons and ammunition inside them.

The army also directed concentrated strikes with artillery on ISIS gatherings and fortifications in the neighborhoods of al-Omal, al-Mattar al-Qadim and al-Reshdia, the area surrounding al-Panorama, al-Taim Road, al-Taim School, to the west of Tallet al-Sonof, Hawijit Saqar and the area surrounding the Military Airport, inflicting heavy losses upon them in personnel and equipment.

The reporter added that an army unit detonated a 60-meter-long tunnel in al-Mwazafin neighborhood, killing a number of terrorists and destroying one of their sites.

The reporter said that the Syrian Air Force launched a number of raids on ISIS sites in the desert and the farms of al-Panorama and al-Hajif site to the southwest of Deir Ezzor, killing and injuring a number of terrorists.

In Homs, army units established control over new areas in the southeastern countryside of the province following violent battles with ISIS terrorists.

SANA’s correspondent said that army forces, in cooperation with supporting forces, carried out concentrated and swift operations which resulted in establishing control over al-Abtar mountain range and the areas of al-Sawwana and Khenfis along with the mines in them all the way to the Damascus-Palmyra highway, which engineering units are securing by dismantling explosive devices.

The correspondent said that the operations resulted in killing scores of ISIS terrorists and destroyed convoys of their vehicles and fortified positions. 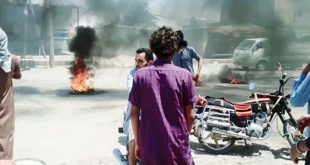