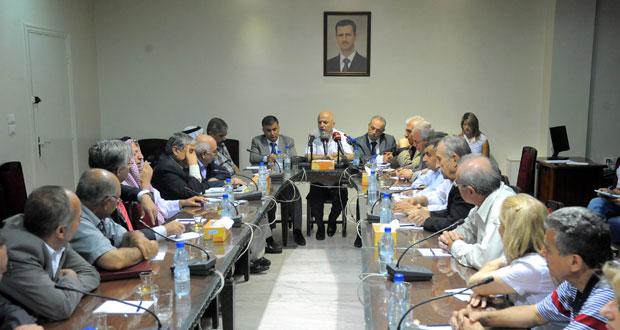 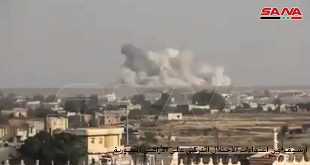 Damascus, SANA – The National Reconciliation Committee at the People’s Assembly and representatives of the Circassian Consultative Council reviewed mechanisms of cooperation and coordination to solve the issue of detainees, abductees, and the missing people.

The two sides discussed means of strengthening the ongoing national reconciliations in several villages and helping the displaced return to their homes.

The Committee’s members stressed readiness to cooperate with civil societies and organizations and put an end to extortion attempts carried out by people who claim to be members of the National Reconciliation Committee.

They also indicated to the efforts exerted to collaborate with the State Ministry for National Reconciliation Affairs and the concerned sides to solve the issue of detainees and abductees.

During the meeting, a joint committee was formed to meet the needs of Circassian towns in Damascus countryside, Quneitra, and other places, deal with the issue of detainees and abductees according to specific name lists, and to help resolve the legal status of individuals who were misled, and help displaced people to return to their homes.

In a press statement, Head of the National Reconciliation Committee Omar Osi said that today’s meeting focused on the issue of detainees, abductees, and national reconciliations, adding that the committee’s work is not restricted to specific segment of society, rather it relates to all spectrums of the Syrian people.

For his part, Head of the Circassian Consultative Council, Adnan Kabadai, said “We have turned to the reconciliation committee and the Circassian representatives in the People’s Assembly to work together and figure out a way to release the detainees and abductees and reach a mechanism to help the displaced return to their homes.”