Syria participates in the Arab Labor Conference activities in Cairo 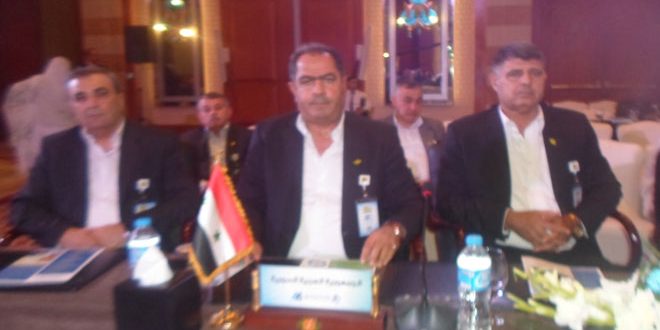 Cairo, SANA –Syria takes part in the 44th Session of the Arab Labor Conference, which kicked off in Cairo on Sunday.

Chairman of the General Federation of Trade Unions (GFTU), Jamal al-Qaderi, said that Syria participated in the preparatory meetings on Saturday to discuss the “Future of Work initiative”.

He noted that the delegation held several meetings on the sidelines of the conference to explain the reality of what is taking place in Syria and the direct and indirect impact of the terrorist organizations’ attacks on workers’ sector and the destruction of factories and facilities.

Al-Qadrei stressed the need to force countries which back terrorists to halt their support, adding that the participants condemned the recent US attack on Syria which serves terrorism following the victories made by the Syrian Army.

The conference lasts till 16th of April.