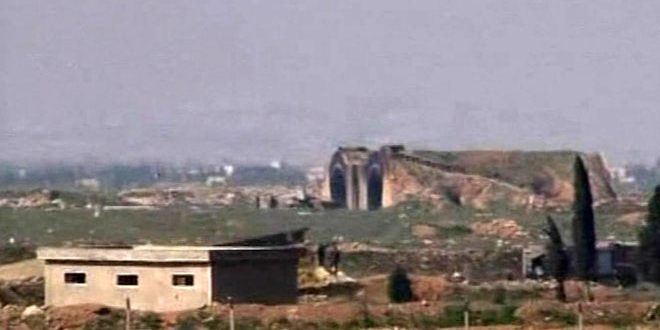 Damascus, SANA-The People’s Assembly condemned in the strongest terms the US aggression against one of Syrian air bases in the central region.

“This blatant aggression came in defense of the collapsed terrorist organizations and in an attempt to revive them since that Israel failed to carry out this mission before,” the Assembly said in a statement.

The Assembly added that the United States, the sponsor of terrorism in the world, began to practice terrorism against Syria after its terrorist tools failed to achieve any progress against the Syrian Arab Army.

“This new US aggression, added to the aggression on the army units in Deir Ezzor and the bombing of the Euphrates Dam facilitations, reveals again the falsity of the US allegations on combating ISIS terrorist organization,” the statement added.

The statement extended greetings to the Syrian steadfast people and wished a speedy recovery to the wounded.

The Assembly concluded its statement by saluting the Syrian Arab Army which will not be deterred by this brutal aggression from going forward in defeating terrorism and its supporters and clearing the entire Syrian soil from terrorism.

People’s Assembly strongly condemns US aggression 2017-04-07
ghossoun
Share
Previous Mikdad: US aggression on Syria serves terrorist organizations
Next Syria calls for holding emergency session at the UNSC to condemn the US aggression and discuss its serious consequences