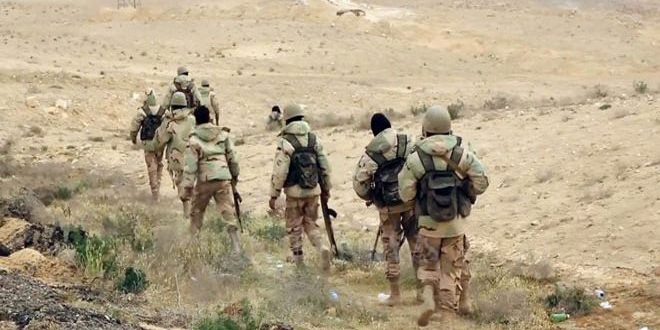 Provinces, SANA- Army units, aided by the Syrian air force and in cooperation with the supporting forces, thwarted an ISIS terrorist attack on the axes of the eastern direction of Deir Ezzor city.

SANA reporter said Tuesday that the army units clashed with ISIS-linked terrorist groups on the axes of the airport, Liwa al-Taamin and al-Jafra village and in the surroundings of al-Faoj, inflicting heavy losses upon the terrorists in personnel and equipment.

The source added that the Syrian air strikes against the terrorists who fled away left many on them dead and injured and destroyed their vehicles and fortifications.

Meanwhile, units of the army confronted terrorist groups of Jabhat al-Nusra, killed 8 of them and wounded 17 others, destroying a number of their vehicles in al-Manshiyah neighborhood in Daraa al-Balad.