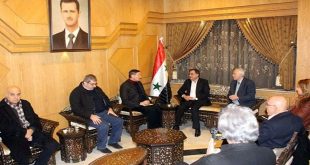 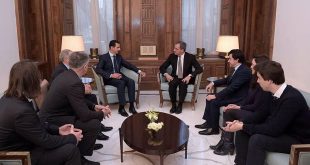 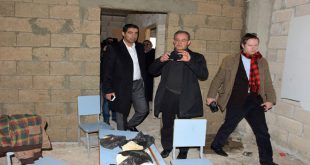 Damascus, SANA – The French delegation, who is visiting Syria currently, held a meeting with a number of Syrian university students on Wednesday.

Discussions during the meeting focused on the situation of the educational process and the necessity of conveying the true image of what is happening in Syria to the world public opinion.

Fabienne Blineau, elected by the Assembly of French Citizens Abroad as advisor of Lebanese-Syrian relations for French communities, said the wrong decisions of the French government in closing its institutions in Syria have caused harm, stressing that it is important to reopen these establishments and restore cultural exchange.

Blineau affirmed the need to support the Syrian people, noting that her visits to Syria, which started since 2014, aim at encouraging the associations interested in the field of education.