Speaker Abbas: Syria will remain a main supporter of the Palestinians’ struggle and their legitimate rights 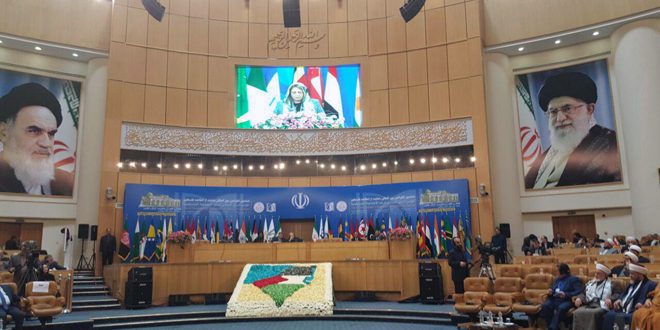 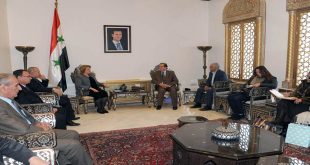 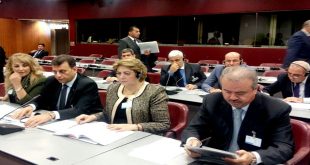 Syria participates in the IPU meetings in Geneva

Tehran, SANA – Speaker of People’s Assembly Hadiyeh Abbas affirmed that Syria has always been and will remain a main supporter of the struggle of Palestinian people and their legitimate rights. Abbas said that the events of the terrorist war imposed on Syria affirm that the main objective of the war is to weaken Syria’s role in supporting the Palestinian cause and the resistance front against the Israeli occupation and aggression, pointing out that the Zionist entity has formed a base to support terrorist organizations in Syria logistically and militarily, which confirms the strong correlation between Israel and the terrorist Takfiri project targeting Syria and the entire region.

Abbas noted that the holding of this conference comes under difficult circumstances and fateful challenges that face the Palestinian cause and the entire region in light of the present scheme aimed at liquidating this cause.

“Therefore, we believe that it is very important to come out with positions, plans and work mechanisms that would effectively contribute to supporting the struggle of the Palestinian people and unifying the Palestinians’ efforts in the face of the occupier as a way to liberate the land and restore legitimate rights and establish an independent Palestinian state with Jerusalem as its capital,” Abbas said.

Khamenei: Powers that created the Zionist entity stand behind sedition to deplete nations of the region

Supreme Leader of the Islamic Revolution in Iran Ali Khamenei said that the powers that created the Zionist entity stand behind the sedition that depleted the nations of the region as the complicated conspiracies of the enemies succeeded in imposing wars on nations of the region.

In his speech during the opening of the conference, Khamenei said that Palestine still represents an address that should be an axis for the unity of all the Islamic counties, adding we should not neglect the political support for the Palestinian people.
He pointed out that the resistance faces another conspiracy these days that is represented in the pursuit of those who are disguised with the form of friends to deviate the track of resistance.

For his part, Speaker of Iran’s Shura Council Ali Larijani said that the Palestinian people suffer from a doubly injustice as the Zionist entity continues to pressure on them and contradicts all the humanitarian laws by continuing to construct settlements on the Palestinian territories.
It also seeks to destabilize the region through supporting the terrorist organizations with the aim of igniting wars and depleting the Islamic countries from inside, Larijani added.

The 2-day conference will discuss the international and regional challenges facing the Palestinian cause in addition to devoting the principle of unity, ending division among the Islamic Nation and mobilizing powers to support the Palestinian people .

Representatives from 80 countries on the level of speakers of parliaments, their deputies and heads of parliamentarian committees participate in the conference.