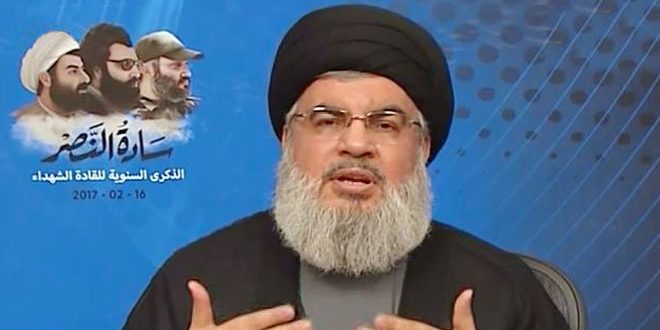 Beirut, SANA – Secretary General of Hezbollah, Hassan Nasrallah stressed that the decision on forming the ISIS terrorist organization was taken by the US and funded by Saudi Arabia with the aim of destroying the states, the peoples and the Resistance movements in the region.

Nasrallah was delivering a speech marking the annual anniversary of the Martyr Leaders.

” Today,  we are talking about Syria’s great victory over the Takfiri- US scheme, backed by regional powers, to destroy the states and the Resistance in the region,” said Nasrallah, noting that only short distance separates us from achieving victory over the ISIS and other takfiri groups.

He added that the Israeli threats against Lebanon are part of the psychological war carried out by the enemy. 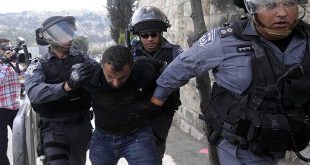