Beirut, SANA – The Russian Ambassador to Lebanon Alexander Zasypkin stressed that the accomplishments of the Syrian army and the evacuation of innocent people used by terrorists as human shields are strategic achievements in the war on terrorism.

Zasypkin was speaking during a meeting with prominent national figures and representatives of parties and movements in Lebanon.

He noted that the regional and western parties are distorting the facts and propose a cessation of hostilities to gain time and give the opportunity to the terrorist groups to regroup and replenish their ranks and enhance their capabilities.

The Russian Ambassador stressed the need to put more pressure on terrorists in Syria, Iraq and other states, calling for implementing international resolutions that stipulate for stopping support provided to terrorists and forming an international alliance to combat terrorism.

Zasypkin highly appreciated the Syrian government’s sincere and continuous efforts to launch national dialogue, achieve reconciliations and handle humanitarian issues, adding that Syria is now at the center of battle against terrorism where the Syrian people and army led by President Bashar al-Assad and backed by their allies, including the Russian air force, are fighting the threat of terrorism.

He reiterated Russia’s support to its friends against the destructive approach adopted by dominant powers under pretexts of international legitimacy which calls for defending the peoples’ right to self-determination, establishing security and stability, enhancing international cooperation and preserving states’ sovereignty, independence and territorial integrity without foreign intervention. 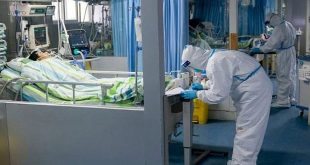 Capitals, SANA- The coronavirus has killed more than 567 thousand people worldwide since the beginning …