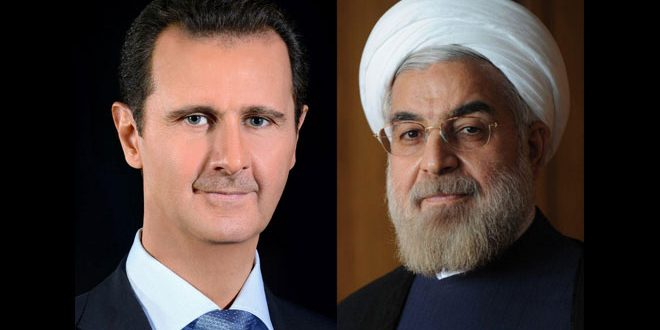 During the telephone call, President Rouhani affirmed that the victory is an important step on the way of combating terrorism and the returning of peace and security to the whole homeland, hailing the Syrian people’s struggle against terrorism.

He affirmed Iran’s continued stance to stand by Syria in all sectors.

President al-Assad, for his part,  thanked President Rouhani and the Iranian people and leadership for their support to Syria in the fight against terrorism in all military and economic sectors which boosted the steadfastness of the Syrian people and contributed, to a great deal, to the victories of Syrian army.