Four killed, including two women, in terrorist attacks in Aleppo and Quneitra 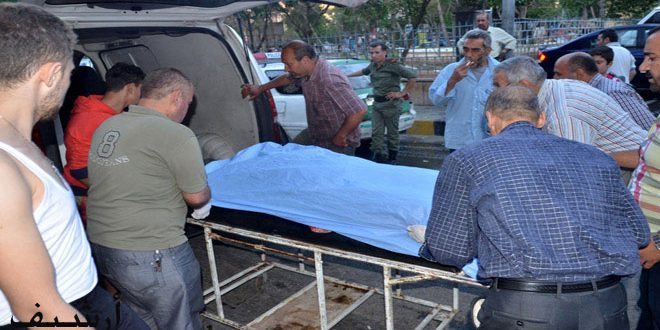 Aleppo/Quneitra, SANA – A source at Aleppo Police Command told SANA that a woman was killed and three other civilians got injured by terrorists’ rocket shells on the neighborhoods of al-Hamadaniyeh and al-Midan in Aleppo city.

Later, two more people were reported killed and 22 others were injured in a similar terrorist rocket attack that hit al-Jamiliyeh neighborhood in the city.

Another woman was killed in a sniper fire of Jabhat al-Nusra terrorists, who targeted civilians with sniper shots and mortar shells in Quneitra province.

A source at Quneitra Police Command told SANA that the woman succumbed to her wounds after she was injured by a terrorists’ sniper shot in Hadar town.

Terrorists also targeted the town with mortar shells, leaving material damage to the houses they landed in.