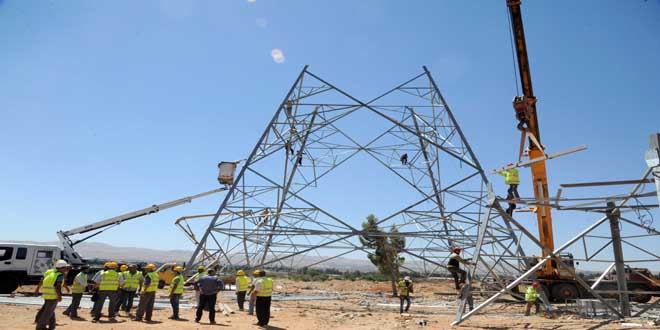 Damascus, SANA- Electricity Minister Mohammad Zuhair Kharboutli inspected on Wednesday the electricity workshops in the project of the high-voltage line of 400 kV, which will connect the electricity generating station of Deir Ali with al-Dimas electrical transformer station.

In a press statement, the minister said that the new high-voltage line is vital and strategic and it comes as a part of the ministry’s strategic plan to expand the transfer networks of the high-voltage 400 kV, noting that the line length is up to 57 km with a cost of SYP 4 billion.

He pointed out that the line is considered an essential transit in the transfer of electrical power generated by Deir Ali plant whose capacity is 750 megawatt to al-Dimas station before being distributed to the electrical system across the southern area, adding that this line will make the electricity situation more stabilized when put into service.

The minister noted the project is carried out by local and national experts who insisted despite all the difficulties to continue to work, indicating that the line is expected to be put into service during the current year. 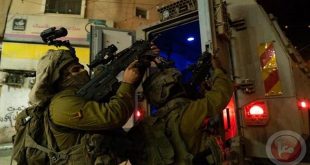