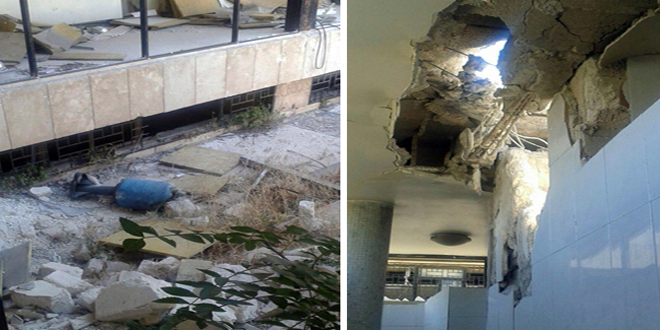 SANA reporter in Aleppo said that a large number of rocket shells were fired by terrorists on the National Museum and the area surrounding it, causing massive material damage to it.

General Directorate of Archeology and Museums said on its website that the protection systems of the National Museum’s frontage were severely damaged by the terrorist attacks which targeted a number of Aleppo’s neighborhoods.

During the current month, terrorist organizations targeted Aleppo National Museum with tens of rocket shells which caused a partial destruction of the ceiling in different parts of the museum in addition to large damage to the infrastructure.

Archaeological areas in Aleppo, particularly the old city, have been targeted by terrorist attacks, reducing its ancient markets to ashes.