ISIS in Raqqa beheads 5 persons, among them three players and a coach 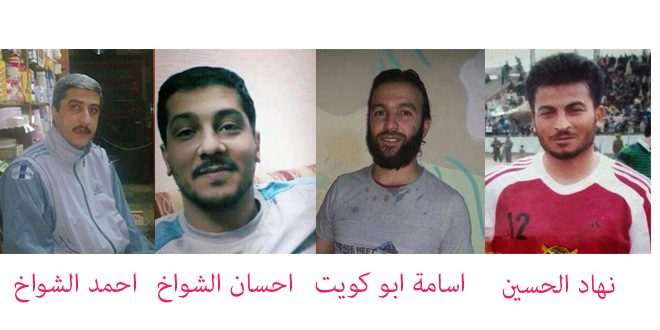 Damascus, SANA-ISIS terrorist organization killed three football players and a coach from al-Shabab club in Raqqa, according to civil sources.

The sources told SANA that the Takfiri terrorist organization beheaded 5 persons, among them players Osama Abu Kuwait, Nihad al-Hussein, Ihssan al-Shawakh and his brother, coach Ahmad al-Shawakh at dawar al-dalah in Raqqa in front of the elders and children.

In a statement to SANA, Head of the General Sports Union Muafak Joma’a condemned this heinous crime, saying it is not strange that ISIS commits this crime as this is a behavior adopted by this terrorist organizations.

among them three players and a coach in Raqqa ISIS beheads 5 persons 2016-07-09
m.eyon
Share
Previous Russian defense Ministry denies downing any of its helicopters in Syria
Next 30 civilians killed, over 140 wounded by terrorists’ rocket shells in Aleppo