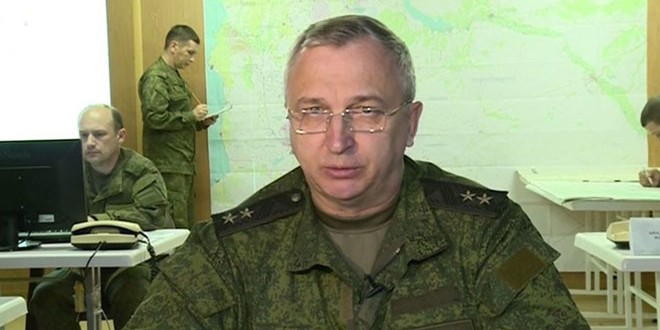 Lattakia, SANA-The cessation of hostilities agreement was breached by terrorist groups five times during the last 24 hours, growing the total number of breaches to 682 since the agreement came into effect, the Russian coordination center said.

The Russian center, based in Hmeimim airbase, said in a statement Friday that terrorists of the so-called Jaish al-Islam targeted with mortar rounds military positions in Zamalka, Jobar, Housh al-Khayat and Jour al-Basha in Damascus countryside.

The center pointed out that the agreement is standing in most areas in the country while the total number of cities, towns and villages announced joining the agreement has reached 151.

The Russian center pointed out that Jabhat al-Nusra terrorists continue attempts to foil the agreement, as they shelled with mortars and artillery the neighborhoods of al-Khalediya, al-Sheikh Maqsoud, al-Zahra’a and Salah Uddin in Aleppo as well as  several towns in Hama, Damascus and Quneitra.