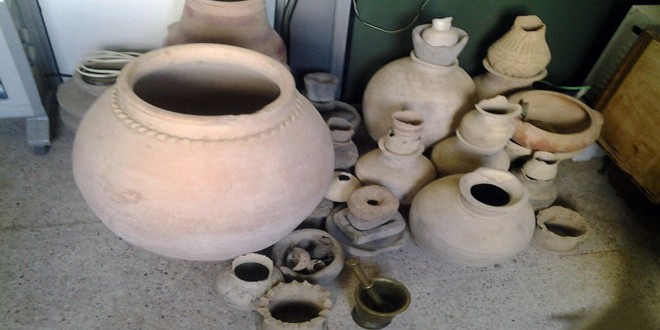 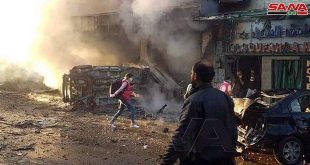 Damascus, SANA –Locals and public figures of Qamishli city, Hasaka province, seized some archaeological pieces
which antiquity thieves had hidden in order to smuggle and sell them.

Director-General of the Antiquities and Museums Directorate Maamoun Abdul-Karim told SANA in a statement Wednesday that the seized antiquities include a number of pottery vessels and ancient pieces used as samples taken from Mohammed Diyab archaeological site in al- Qahtaniyeh area in Qamishli Countryside.

He noted that the pieces have been stolen from different archaeological sites during the presence of ISIS terrorists in the area, adding that popular figures in the city, in coordination with Antiquities Department, helped protect an archaeological cemetery which has been uncovered recently. 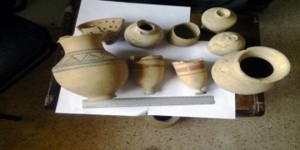 Abdul-Karim underlined locals’ efforts in support of governmental bodies to perform their duties in Hasaka province and preserve its heritage against thieves’ vandalism and destruction acts.

The Director-General added that 1043 archaeological sites in north east Syria are now secure and safe from illegal excavation works, vandalism acts and thefts carried out by antiquity gangs. 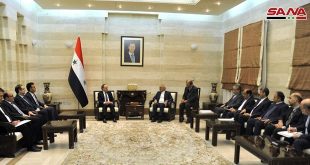