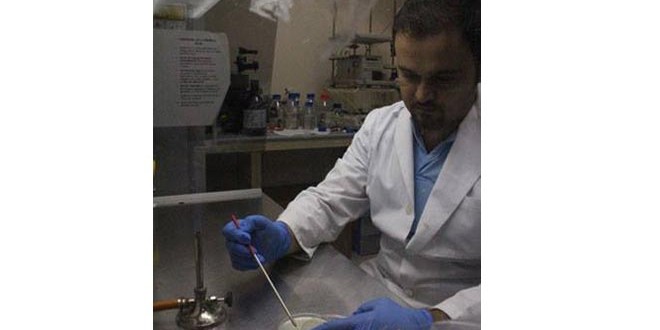 Yossef and his colleagues awarded the first place in a research entitled “Fighting the Olive Fruit fly in active, economical and environmentally friendly way”.

Yousef said that he offers his superiority to the people and leadership of Syria which sponsors students and researchers and provides them with moral and financial support.

The granted award reached 6000 Euro and it will be presented to the winners on April 7th in an official celebration to be organized at Kanina Castle.
Reem/Barry