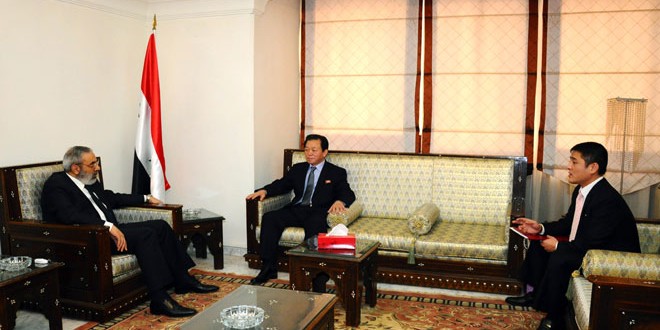 Damascus, SANA- Information Minister Omran al-Zoubi discussed Thursday with Jang Myong Hu, the ambassador of the Democratic People’s Republic of Korea (DPRK) in Damascus ways of enhancing cooperation between the two countries and the latest developments in the region.

Reviewing the developments of the situation in Syria, al-Zoubi said that the Syrian Army is progressing in the war against terrorism, adding that the coming days “will witness military achievements.”

For his part, DPRK Ambassador said that Syria is a friendly country of DPRK, affirming that his country will spare no effort to support Syria in all domains.