Cabinet discusses a number of service and economic issues 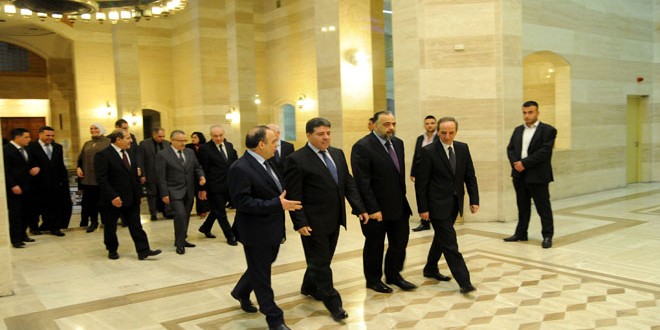 For his part, Deputy Prime Minister, Foreign and Expatriates Minister Walid al-Moallem briefed the Cabinet on the latest political developments, affirming that there is an international understanding about the nature of the terrorist war waged on Syria and the necessity of cooperation with Syria with regard to the spread of terrorism into some western countries, adding that the world became now more convinced that Syria is fighting terrorism on behalf of the whole world.

“Solving the crisis in Syria will be achieved only through confronting terrorism and through a Syrian-Syrian dialogue without external interference.” Al-Moallem  added.