Army spokesman: More than 500 terrorists from ISIS leave Syria and head to Yemen 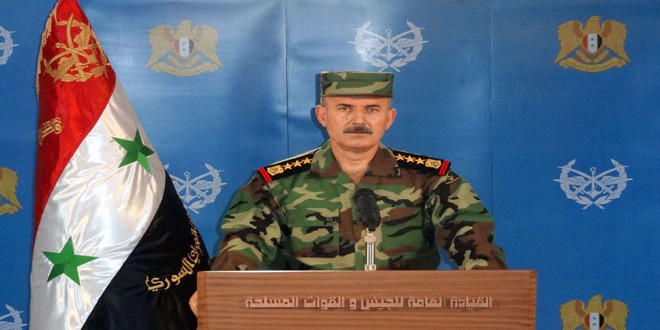 Damascus, SANA – A spokesman from the Syrian Arab Army said on Tuesday that on intelligence reports state that on October 16th, four planes arrived in Aden Airport in Yemen, carrying terrorists from ISIS.

The spokesman said that the planes, which consisted of 2 Turkish Airlines planes, 1 Qatar Airways plane, and 1 Emirates airline plane, were carrying more than 500 ISIS members who had fled Syria following the Russian airstrikes.

He went on to say that upon arrival in Aden, the Saudi alliance officers divided them into three groups: one went to Bab-el-Mandeb strait, one to Ma’rib, and one to the Saudi regions of Jizan and Asir in order to join the alliance’s forces which had sustained great losses during their battles there.

The spokesman concluded that information indicates that the process of transporting ISIS terrorists from Syria will continue in the coming stage.