The West encourages violence to destabilize Syria and the region, ALBA asserts 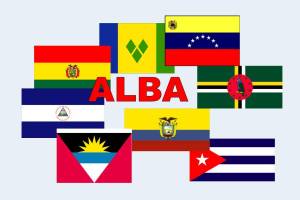 Caracas, SANA- Ministers of Foreign Affairs at the Political Council of the Bolivarian Alliance for the Peoples of Our America “ALBA” asserted that the West encourages terrorist violence in Syria and other countries to destabilize the whole region and oust the legal governments that don’t meet its interests.

ALBA’S Foreign ministers said in a statement Wednesday that violence spreading in Africa, Afghanistan, Syria, Iraq, and the Middle East due to not punishing the terrorist organizations that cause big suffering to the peoples of those countries came under the West’s patronage.

The ministers pointed out that the European Imperialism in the past created humanitarian emergency cases in many European countries, warning that the new imperial adventure will push million peoples to humanitarian tragedy that takes Europe as its main center.