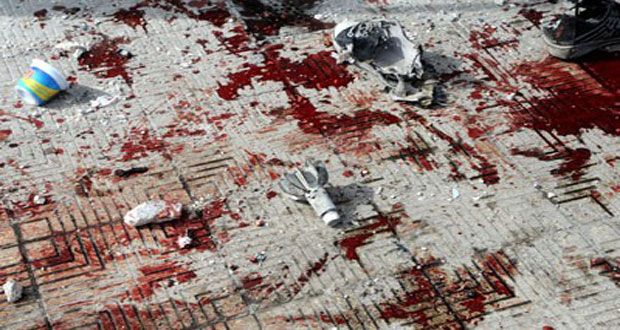 Idleb, SANA,
Two civilians were killed Tuesday while many others were wounded of terrorist locally-made shells on the western side of Idleb, north of Syria.

A police source told SANA that terrorists launched 8 shells on the region, claiming the lives of a man and his wife and injuring a number of citizens.

Meanwhile, three citizens were injured of terrorist attacks in Harasta and al-Tal in Damascus countryside.

A police source told SANA that one citizen was injured by a sniper at al-Eman oil stations in Harasta.

Terrorists also launched a mortar shell on Jaramana, injuring a mother and her three kids.